This jersey is from Ben Bishop’s final game with the Lightning, prior to his trade to the Kings. Ben sported a 2.55 GAA and .911 save % this season, winning 16 games prior to the trade. The jersey shows an unrepaired rip on the lower back side and a big repair on the left arm. It has been photomatched to both spots during his final game with the Lightning vs Edmonton. There are also black marks through the crest and long loose threads on the lower right side. 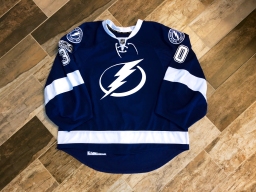 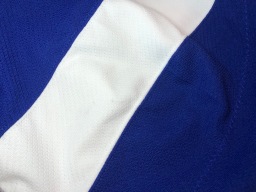 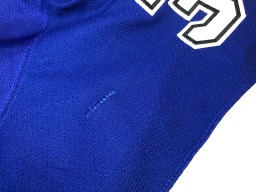 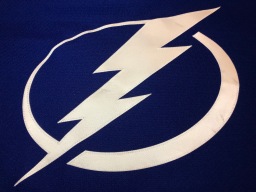 TAMPA, FL – FEBRUARY 21: Victor Hedman #77 and Ben Bishop #30 of the Tampa Bay Lightning celebrate the win against the Edmonton Oilers at Amalie Arena on February 21, 2017 in Tampa, Florida. (Photo by Scott Audette/NHLI via Getty Images)