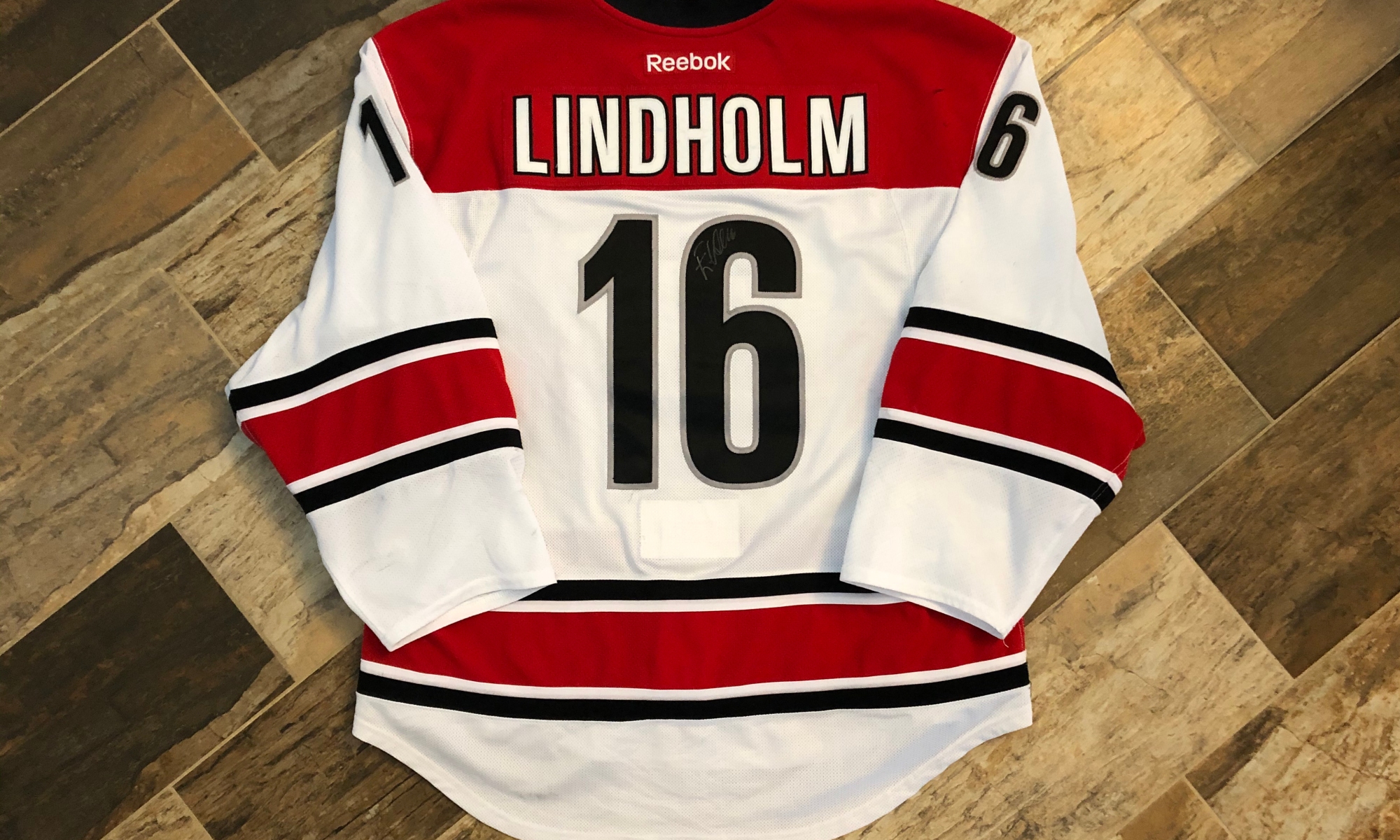 This shirt is from Elias’ second season in the NHL, where he put up 17 goals and 22 assists. The jersey has a few board burns on both sleeves and has stick and puck marks all over, ranging from the wrists, elbows, underarms, shoulders, and chest. It was worn for a long stretch, having been photomatched to multiple games, including vs the Stars on November 18th, Flyers December 13th, Canadiens December 16th, and Coyotes February 5th. This jersey is autographed on the back #6. 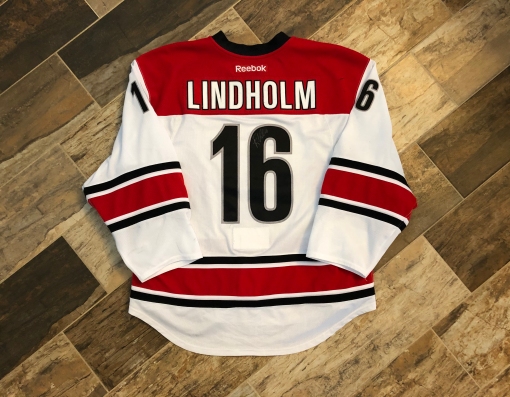 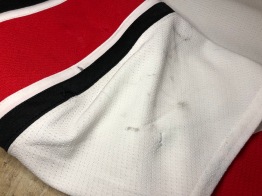 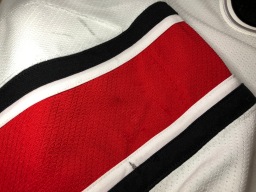 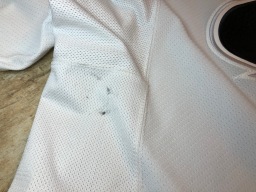 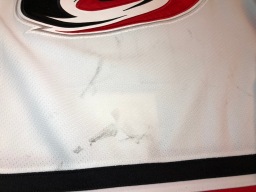 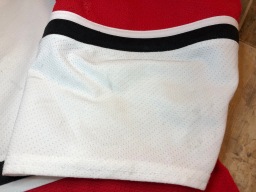 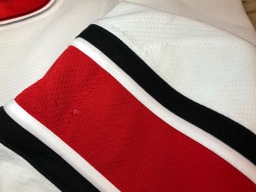 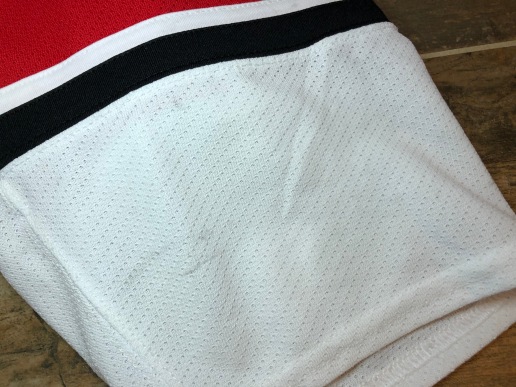 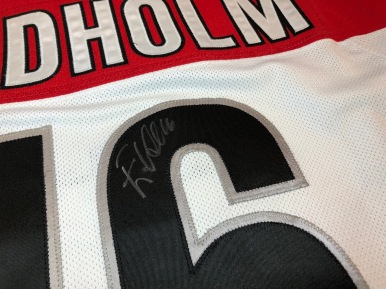 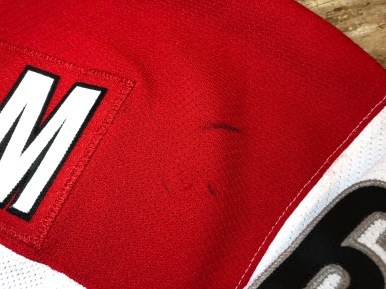 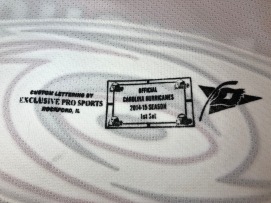 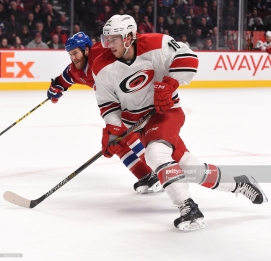 MONTREAL, QC – DECEMBER 16: Elias Lindholm #16 of the Carolina Hurricanes skates for position against the Montreal Canadiens in the NHL game at the Bell Centre on December 16, 2014 in Montreal, Quebec, Canada. (Photo by Francois Lacasse/NHLI via Getty Images) 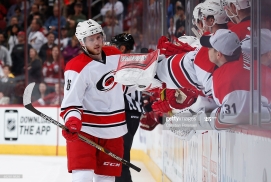 GLENDALE, AZ – FEBRUARY 05: Elias Lindholm #16 of the Carolina Hurricanes high-fives teammates on the bench after scoring a shootout goal against the Arizona Coyotes during the NHL game at Gila River Arena on February 5, 2015 in Glendale, Arizona. The Hurricanes defeated the Coyotes 2-1 in overtime shootout. (Photo by Christian Petersen/Getty Images) 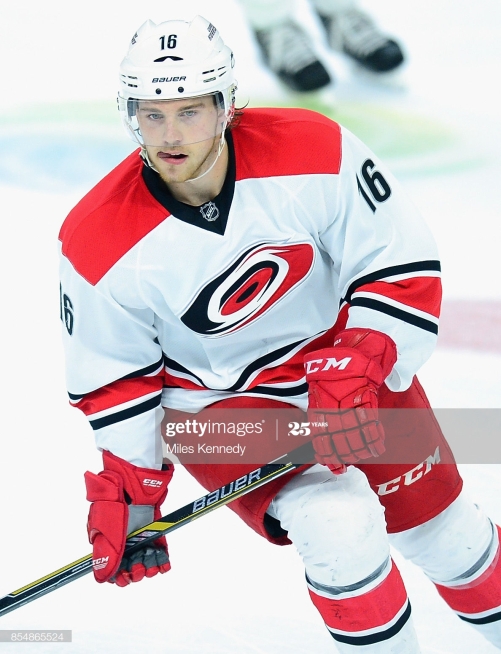 PHILADELPHIA, PA – DECEMBER 13: Elias Lindholm #16 of the Carolina Hurricanes plays in an NHL game against the Philadelphia Flyers at Wells Fargo Center on December 13, 2014 in Philadelphia, Pennsylvannia. (Photo by Miles Kennedy/NHLI via Getty Images) 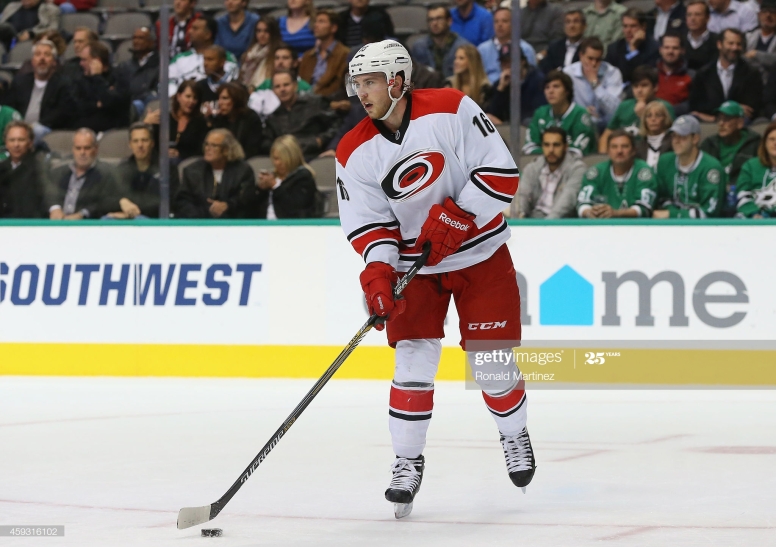