This jersey has quite a few board burns scattered around it. The jersey has a few black marks and some loose threads. It is photomatched to a hole on the left arm and a board burn above the numbers on the right arm. This was from Jeff’s final season with the Lightning. He is now assistant coach for the 2018-19 and 2019-20 team. 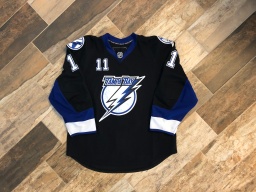 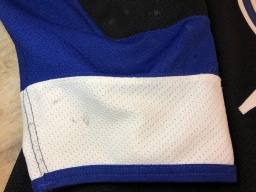 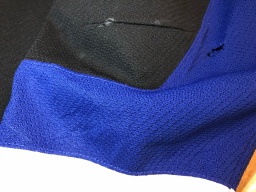 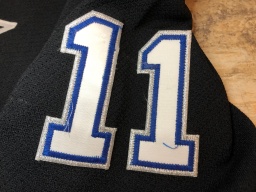 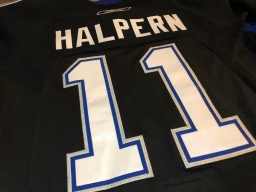 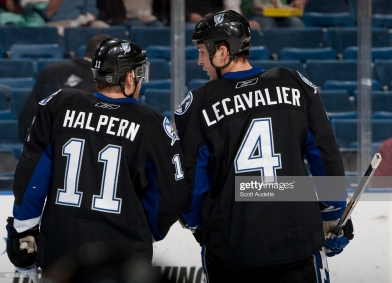 TAMPA, FL – JANUARY 29: Vincent Lecavalier #4 of the Tampa Bay Lightning talks with teammate Jeff Halpern #11 during a break in the action against the Anaheim Ducks at the St. Pete Times Forum on January 29, 2010 in Tampa, Florida. (Photo by Scott Audette/NHLI via Getty Images) 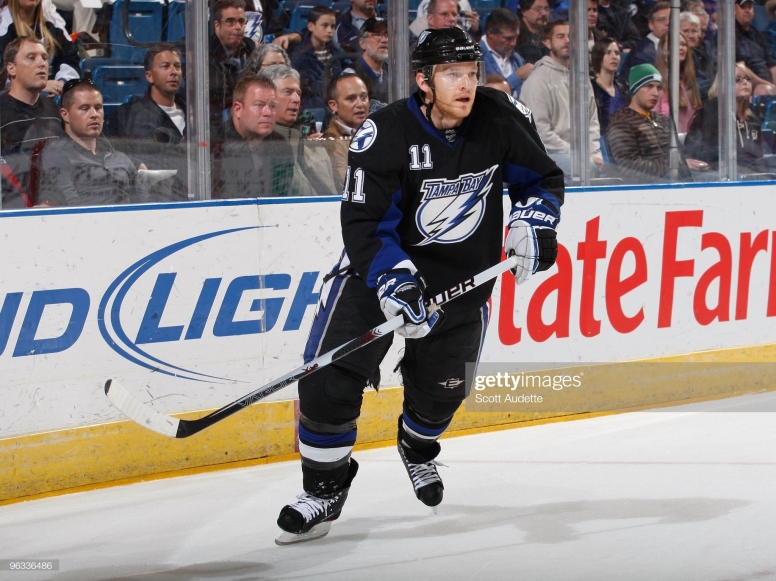 TAMPA, FL – JANUARY 27: Jeff Halpern #11of the Tampa Bay Lightning skates against the Montreal Canadiens at the St. Pete Times Forum on January 27, 2010 in Tampa, Florida. (Photo by Scott Audette/NHLI via Getty Images)